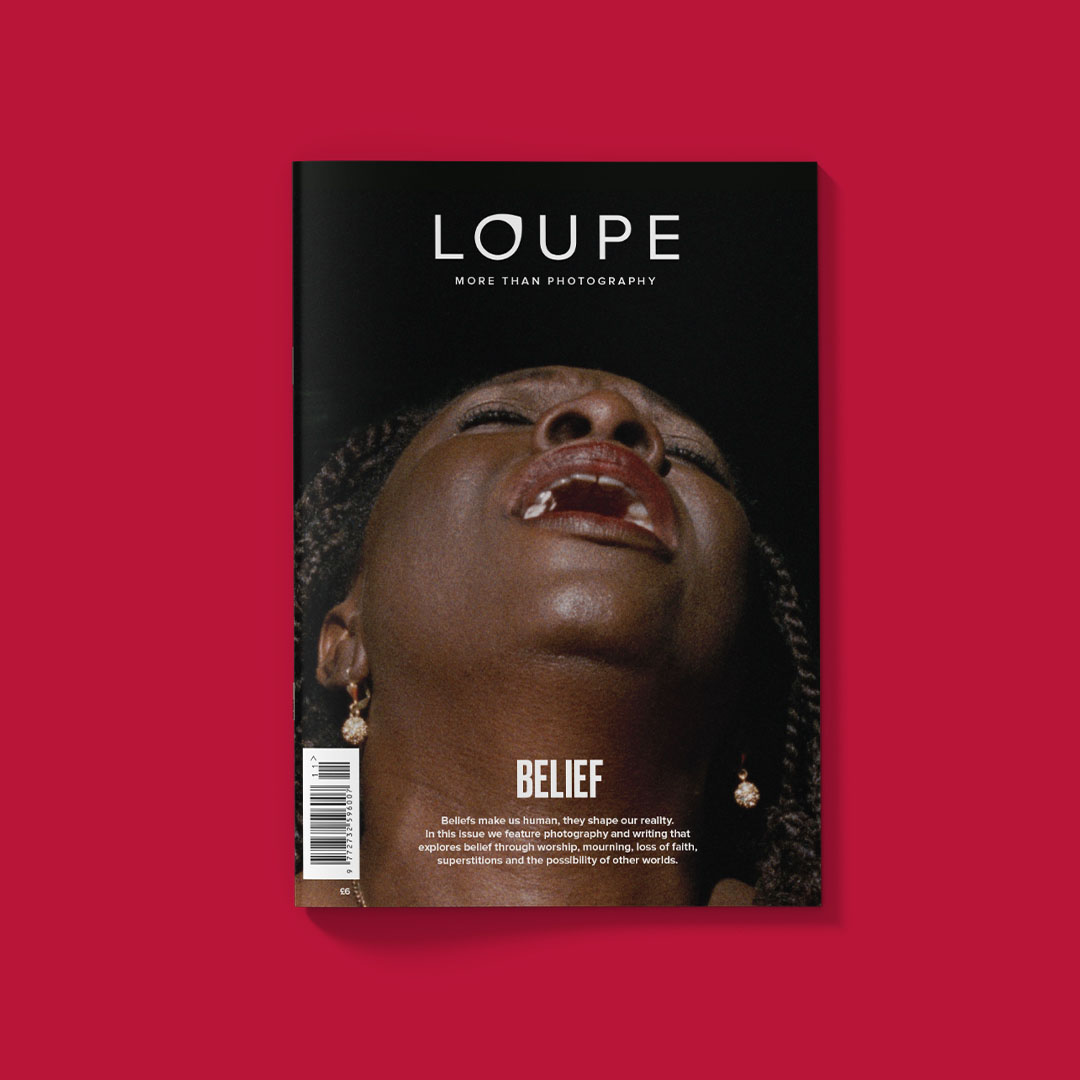 INSIDE THE BELIEF ISSUE: Ionna Sakellaraki  Documents the lives and rituals of the remaining professional mourners in Greece, we are invited to reflect and learn about traditions that will cease to exist in the future. Sari Soinninen shares her personal experience with psychosis episode and its impact on her relationship with reality. She uses her work as a means to trace and reconnect with the alternative ways of seeing and dimensions that she experienced during her 3-month episode. Michael Alberry depicts the loud, energetic, and passionate worship of Pentecostal Christians community in the UK, who gather to worship in converted warehouses, to praise God through song and dance. Darren Harvey-Regan explores his gradual loss of faith in his series Eikon & Klan. The series presents a personal journey, exposing the progression of his ‘unbelief’, through studio shot still lives of ‘new iconography’.

Luke Archer, our editor, dives into spirituality through palmistry, horoscopes, and tarot, sharing with the reader his own personal discoveries and readings through these acts of prediction.

The Professional Mourners of Greece

Iconography and Loss of Faith

Glimpses of the Multiverse

Keep up with the conversation

This website uses cookies to improve your experience while you navigate through the website. Out of these cookies, the cookies that are categorized as necessary are stored on your browser as they are as essential for the working of basic functionalities of the website. We also use third-party cookies that help us analyze and understand how you use this website. These cookies will be stored in your browser only with your consent. You also have the option to opt-out of these cookies. But opting out of some of these cookies may have an effect on your browsing experience.
Necessary Always Enabled
Necessary cookies are absolutely essential for the website to function properly. This category only includes cookies that ensures basic functionalities and security features of the website. These cookies do not store any personal information.
Non-necessary
Any cookies that may not be particularly necessary for the website to function and is used specifically to collect user personal data via analytics, ads, other embedded contents are termed as non-necessary cookies. It is mandatory to procure user consent prior to running these cookies on your website.
SAVE & ACCEPT